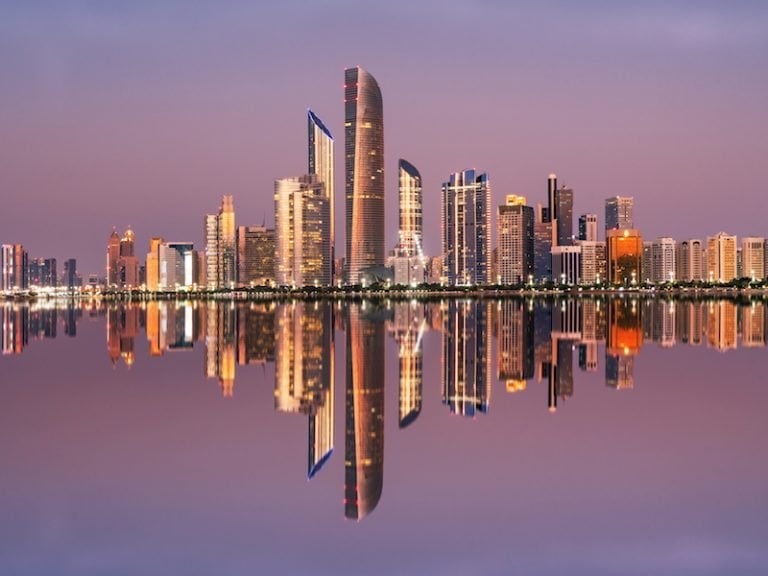 Abu Dhabi will bet on attracting technology firms and skilled workers to help its economy rebound early next year, after the twin setbacks of cheaper oil and the coronavirus pandemic battered the United Arab Emirates and the wider Gulf.

Sitting on around 6 per cent of global oil reserves, the emirate’s economy may shrink between 3 per cent and 4 per cent this year before returning to growth in 2021, said Mohammed Ali Al Shorafa, chairman of the Department of Economic Development.

Officials want to develop “the knowledge sector and innovation by attracting technology companies to put down roots in Abu Dhabi,” he said in an interview on Wednesday.

So they are spending on capital projects and investing in startups and strategic industries, especially agricultural science, and looking to lower the costs of entering and living in the emirate, said Al Shorafa, who’s also a member of the Executive Council, the top decision-making body.

The government won’t follow Saudi Arabia, which tripled its value-added tax to help boost state revenues during the virus slowdown.

“Being competitive is not only reducing fees. But having the right livability aspects for people coming, living, educating and actually retiring in Abu Dhabi,” he said.

Education, housing and even entertainment costs will be studied.

Abu Dhabi is the 39th most expensive place for expatriates, according to New York-based consultant Mercer, more costly than Boston or Milan.

Authorities have their work cut out. This year’s two crises have forced many foreigners to reconsider their lives in the UAE, of which Abu Dhabi is the capital. The impact is starkest in Dubai, whose economic model is built on the presence of overseas residents who comprise about 90 per cent of the population.

Oxford Economics estimates the UAE as a whole will be hit and could lose 900,000 jobs and see 10 per cent of its expats uproot.

Curbs to restrict the spread of the coronavirus have badly damaged the tourism, aviation and trade sectors.

Holidaymakers are now allowed to fly into Dubai after restrictions were lifted; Abu Dhabi requires those entering the emirate from elsewhere in the UAE to have a negative Covid-19 test.

The UAE reported 445 new virus cases on Tuesday, down from 532 a day earlier.

The International Monetary Fund expects the UAE’s economy to contract 3.5 per cent this year.

Food Security
In April, Abu Dhabi Investment Office struck deals with several agricultural technology firms, including AeroFarms, Madar Farms and RNZ, for research and development and food production facilities in the emirate. Authorities invested $100m in the companies as they look to build vertical farms as concerns about supply chains mounted after the virus hit.

The city, which is home to the world’s fifth-largest sovereign wealth fund, has also been pouring billions of dollars into investments globally, including a $1.2bn stake in Reliance Industries’ Jio Platforms, an Indian wireless communications company.

Abu Dhabi will support more mergers and acquisitions between companies based there or even elsewhere in the UAE as long as those combinations don’t hinder competitiveness, Al Shorafa said.