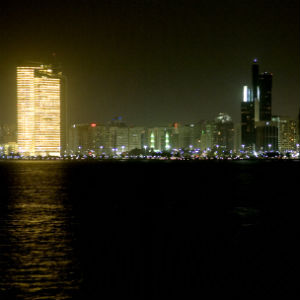 Abu Dhabi has not halted the issuance of new hotel licences in the capital of the United Arab Emirates but will be selective in the number it issues, a tourism official said on Sunday.

“We have not completely stopped issuing licences. We still receive applications and are studying them on a case-by-case basis,” Naser al-Riyami, director, tourism standards division at the Abu Dhabi Authority for Tourism & Culture said.

“We have our criteria for licensing,” he told Reuters by phone.

Alroya al-Eqtisadiya, a local newspaper reported on Sunday that Abu Dhabi will not issue new hotel licences in the capital of the United Arab Emirates, citing al-Riyami.

“That report is not correct,” said al-Riyami, adding there are areas in Abu Dhabi and nearby where hotels need to be built, citing Saadiyat Island as one.

Across the oil-rich state, which accounts for more than half of the United Arab Emirates’ economy, government-backed real estate, commercial and tourism projects, many conceived during the boom years of 2003-2008, are under review and in some cases being delayed or put on hold.

The average room rate in Abu Dhabi dropped 14 per cent to about Dhs450 in 2011, the paper said, as four thousand new rooms came online — bringing the total number of hotel rooms to almost 23,000 in the capital.

The UAE is seen as a safe haven for tourism in the Middle East, where popular uprisings toppled three governments in 2011 and spurred the transition of a fourth Arab government earlier this year.

Abu Dhabi’s tourism authority posted 6.5-percent growth in guest arrivals last year, as new hotels and an increase in Arab tourists from the hydrocarbon-rich Gulf brought the number of hotel guests to 2.11 million in 2011.