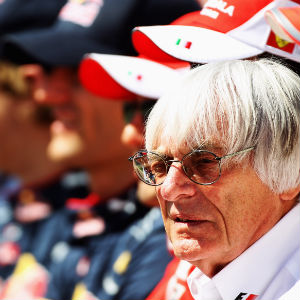 Several Formula 1 teams expect the Bahrain Grand Prix to be called off this year because of increasing security concerns, according to a report by BBC Sport.

However, F1 boss Bernie Ecclestone said on Tuesday that none of the teams had expressed any concerns to him.

The Formula One Teams Association (FOTA) has also said that it is not possible for teams to cancel the race.

“There’s been some media speculation recently to the effect that the teams may seek to cancel this year’s Bahrain Grand Prix,” FOTA said in a statement.

“That wouldn’t be possible. Teams are unable to cancel a grand prix. We race in an international series called the FIA Formula 1 World Championship, and it is therefore for the FIA to offer the teams guidance on these issues,” it said.

Meanwhile the chairman of the Bahrain International Circuit, Zayed Al Zayani blamed “armchair observers” of spreading false information about the situation in Bahrain.

“This, combined with the scaremongering tactics of certain small extremist groups on social networking sites, has created huge misconceptions about the current situation,” he said in a statement, reported Reuters.

In its defence, the Bahrain Circuit produced witness statements from two members of the Lotus team and the British ambassador to Bahrain.

“Yes, there is a need to keep the circuit and the teams secure and they are doing this and they feel very comfortable about the arrangements,” the Lotus report said.

“If there is going to be protestation then it will be confined to peaceful protests — you will maybe see some banners being waved and maybe some tyres on fire but that is all they expect.

“We came away from Bahrain feeling a lot more confident that everything is in hand,” it added.

The Bahrain Grand Prix was called off last year because of the social unrest in the country.

But British former world champion, Sir Jackie Stewart, told The Herald newspaper that it should not be called off this year.

“I strongly believe it shouldn’t be cancelled and the reason for that is much broader than purely F1 or even Bahrain.

“We have been fighting for democracy for a great many years and I certainly am a supporter of that, but democracy cannot be done in one week, one month, one year. It’s impossible, as we’ve seen,” he said.

A final decision is expected when the teams meet Ecclestone in Shanghai for the Grand Prix on April 15.