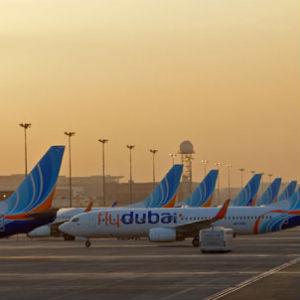 Passenger traffic at Dubai International Airport climbed 10.4 per cent from a year earlier in May, operator Dubai Airports said on Monday, as strong traffic within the Gulf offset a decline in passengers from elsewhere in the Middle East due to the region’s political instability.

The world’s fourth busiest airport for international travel saw 4.39 million passengers pass through its terminals in May, up from 3.98 million in May 2011.

Travel to and from Russia and its neighbouring countries jumped 43.7 per cent, thanks to budget airline flydubai’s expansion in the region.

“Dubai International has had a strong showing in terms of passenger traffic so far this year with double-digit growth recorded in four of the first five months,” Dubai Airports chief executive Paul Griffiths said in a statement.

“With forecasts suggesting the growth trend to continue during the second half of the year, we are well on track to achieve the projected traffic of 56.5 million by the end of 2012.”

However, freight volumes contracted by 0.1 per cent from a year earlier to 187,638 tonnes in May. For the year to date, volumes were up 1.4 per cent.

The number of visitors to Abu Dhabi increased in May this year, with the number of guests at hotels, hotel apartments and resorts rising 12 per cent year-on-year to 192,374, according to official figures.

The number of guest nights rose to 542,567 – an increase of seven per cent compared to the same period last year. Revenues also increased three per cent in May to Dhs360 million, reported official news agency WAM.