Why Dubai Is Back For Good - Gulf Business 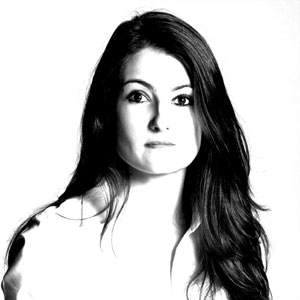 As August beckons, it’s that time of year in Dubai again: the business pickings are slim and our sunglasses are slippery in the heat, but at least the empty roads should offer some solace. Oh, wait a minute. The roads look like pre-2008 out there – and not just at 3pm as workers dash home for Ramadan hours, but for much of the day.

Last year, Gary Dugan, former chief investment officer for Emirates NBD, the UAE’s largest bank by assets, told me that he relied on Dubai’s micro-indicators as valid signs of growth. And if that’s the case, it’d be easy to think the Lehman Brothers never happened, particularly if you’ve been to Dubai Mall lately and joined the patter of 54 million pairs of feet annually. And there’s more:

• See above for the so-called empty but not roads.

• Taxis. Where are the taxis? Gone are the days when Dubai taxi drivers would take on a terrifying number of lanes to catch your custom. So it’s back to dialing the office and waiting… and waiting.

• In a recent gulfbusiness.com poll, over half of respondents said that their company was looking to hire in 2012. After the death knell of 2008 and mass lay-offs, it was rare to hear of vacancies, but today I’m often enthusiastically spreading word-of-mouth openings by Twitter or Facebook.

• Has your phone rung less in Ramadan? Mine hasn’t. But there’s no accounting for popularity, of course.

Make no mistake, 2012 has been a reparative year for Dubai, for almost every sector from telecom to property to tourism. While many feared that the emirate’s reputation would never recover from Nakheel’s debt disaster in 2009, Dubai has shown that its robust focus on diversifying the economy into services, trade and tourism is yielding results.

Real estate prices recorded double-digit increases in premium developments such as Dubai Marina and The Palm Jumeirah in the first half of this year as supply thins out, said property management company, Asteco.

And Gulf Business columnist Peter Cooper noted that the units of UAE residential property for sale or rent on the Dubizzle.com listings website had dropped from over 100,000 in January to 77,149 in June.

So that’s 27,940 less vacant homes in the UAE than at the start of the year – largely attributable to relocation owing to the Arab Spring and more attractive mortgage rates (starting from 3.99 per cent at HSBC).

Dubai is also on course to outperform long-term growth projections owing to an increase in job creation and a solid diversification strategy, says a new report by Bank of America Merrill Lynch.

The research shows that although the current working population in Dubai stands at 1.3 million, the emirate aims to create 950,000 new jobs by 2020, with retail, tourism and related sectors fueling growth.

“This is an ambitious but realistic goal which would see the population increase on average by four per cent, which will, in turn, drive further economic growth,” it said.

July brought further cheer for the region’s largest property developer Emaar, which almost doubled its profits in the Q2 period to $167 million and Nakheel, which posted first half profits of $208.82 million, up 36 per cent from the same period last year. A round of applause also goes to Mashreq Bank and telco Du for posting higher than expected results.

Of course, Dubai’s profit postings are only a fraction of its heady pre-recession days and share values remain anemic compared to IPO prices, but the signs of growth are impossible to ignore. Is it time to take a long shot and purchase some Emaar shares? The market shows multiple signs of bottoming out, so yes.

And let’s not forget the spooky Dubailand sign that languishes solitary and sun-parched on the edge of the desert. It’s the doorway that became emblematic as an entrance to nowhere. And it stands – a little lopsidedly – as one of the world’s greatest symbols for credit binge excess and misjudgment.

Dubailand almost became the biggest project that never was, so we were pleased to hear that Emaar bought one of its empty quarters for development into a mixed-used neighborhood last week.

There were 346m users of public transport in Dubai in 2020