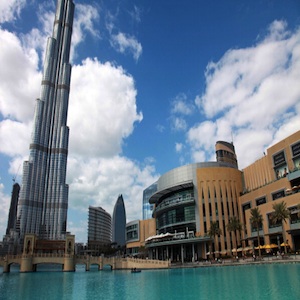 Dubai’s Emaar Properties reported a 44 per cent rise in first-quarter profit on Saturday, beating analysts’ forecasts, as the developer shifted away from the battered property market and booked gains in its retail and hospitality operations.

The builder of the world’s tallest tower made a profit of 606 million dirhams ($165 million), compared to 421 million dirhams during the same period last year, it said in an emailed statement.

Analysts polled by Reuters had forecast an average profit for the quarter of 496.75 million dirhams.

Emaar, which saw sales of apartments plunge 85 per cent last year, is gradually shifting its focus from the bleak Dubai property market towards the more profitable hospitality and retail sectors.

Dubai’s largest developer by market value sold 158 residential units during the period, of which 117 were in Dubai and 41 units in the international markets.

House prices in Dubai have tumbled about 60 percent from a 2008 peak and no turnaround is expected this year, with supply continuing to outstrip demand.

Emaar’s 2011 earnings report showed it was owed 595 million dirhams by troubled mortgage affiliate Amlak, in which it has a 48 percent stake. Emaar claimed the amount was fully recoverable.

The federal government cut Amlak’s debt burden by $1.1 billion, in a renewed effort to revive the lender, whose stock has been halted since 2008. ($1 = 3.6730 UAE dirhams) (Additional reporting by Rania El Gamal; Editing by Catherine Evans)