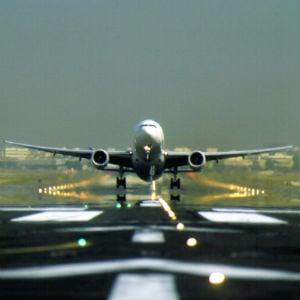 In the second half of September, the International Air Transport Association (IATA) released a report containing its predictions for the state of the airline industry in 2012. Tony Tyler, IATA’s DG and CEO, warned of “another year in the doldrums” and profits were estimated to slump almost 30 per cent to $4.9 billion, down from 2011’s better than expected $6.9 billion.

With several major airlines scaling back their own profit forecasts for 2011, in the wake of ongoing high fuel prices and sovereign debt crisis concerns, Tyler’s words might have had a few CEOs reaching for the sick bag.

But one person seemingly not feeling the effects of the turbulence generated by the financial crisis developing in the Eurozone, is Emirates Airline’s Chairman and CEO Sheikh Ahmed bin Saeed Al Maktoum. At a time of severe economic uncertainty, and with Dubai having suffered more than most in 2009’s downturn, Sheikh Ahmed has been hinting that his carrier will be announcing more aircraft orders at the upcoming Dubai Airshow.

All airlines need new planes, in good times and bad, but when you already have almost 200 on order, including 90 Airbus A380 superjumbos with a list price of $34 billion, the brink of an imminent global recession might not be the best time to buy some more.

Aerospace and Defence Practice, Frost & Sullivan, suggested an economic downturn could have an impact on Emirates’ fleet expansion plans. “Due to the sovereign debt crisis in the Eurozone, there could be a severe deterioration in business confidence which would affect the business travellers between Europe and the Middle East. The European market constitutes 27 per cent of total Emirates revenues for the year 2010-11 and is the second largest market.

“Emirates’ massive fleet expansion plan may over-ride its capacity and result in the cancellation of orders or the airline may put them on hold in order to stabilise profit margins.”

Emirates’ President Tim Clark has recently spoken of the need to cut costs and he is well aware of the delicate global financial landscape. But he has been adamant to stress that the Dubai flag carrier will move on with its bold expansion plans.

A recent report by the Boston Consulting Group (BCG) ‘Middle East Megacarriers Gaining Altitude’ would have made happy reading for Clark. The airline is expected to grow at a rate of 9-12 per cent per annum over the next five years becoming the largest operator of wide-body aircraft in the world by 2015.

Indeed, the airline’s own annual figures show that it is making stellar strides forwards. It posted a 51.9 per cent spike in its profits for the year ending March 31, 2011, totalling $1.5 billion, while revenues increased by 25 per cent and passenger numbers by 14.5 per cent.

John Scholle, a Senior Economist at IHS Global Insight, believes Emirates can take any downturn in its stride. “I’m not concerned by their order book. Worldwide there has been a bump in orders generally. When any order is made, it takes time for them to come through so it gives an airline the flexibility to re-structure deals or even sell aircraft if necessary.

“In the 2008-9 crisis, there was concern that demand for planes would fall but it didn’t become as big a disaster as some were predicting. Boeing and Airbus came through it pretty well and 2012 shouldn’t be as big a problem.”

One of the biggest issues right now for Emirates, as well as every other airline, is the high cost of oil. IATA predicted that the average price for 2011 would be $110 per barrel and 2012 will see little relief with a current estimate of $100 a barrel. IATA also revealed that each dollar increase in the average annual price of oil costs an airline an additional $1.6 billion.

“Little swings in the oil price can make a big difference,” commented Scholle. “But it is a double-edged sword. Oil prices fall because the general economy is in trouble and so there is less demand for air travel. In theory, if there was a sudden drop in oil prices which wasn’t connected to economic factors, that would be great for airlines.”

Despite the volatility in the markets in recent weeks and months, the oil price has been resistant and it has only retreated a few dollars per barrel since July. But a full-blown economic downturn in some of the world’s most developed economies will surely see the price of oil fall significantly.

If the world does slide into another period of negative growth, it may not be such bad news for Dubai’s flag carrier as it has some clear advantages over its competitors according to Frost & Sullivan. “The major Middle East carriers like Emirates, Qatar Airways and Etihad save costs on various parameters with minimal airport fees at their respective hubs and low personnel costs with no income tax on salaries in the UAE.

“These carriers are also closely aligned to the national policies of their home countries making them well positioned to deal with major financial downturns and compete with more financially constrained airlines.”

BCG’s recent report also forecast that Etihad Airways and Qatar Airways would be firmly inside the world’s top 20 wide-body carriers by 2015 as they accelerate with their own expansion plans. Etihad has just published its best Q3 results since commencing operations eight years ago, with load factors above 80 per cent, revenues up 39 per cent at $1.1 billion and passenger numbers up 18 per cent. These figures were posted within the context of the upheaval of the Arab spring and the mounting global debt fears.

The BCG report does states that one threat to the relentless rise of the Gulf airlines comes from their need to maintain solid profit margins to pay for their aggressive expansion. It’s feasible that greater regional competition, including from low cost carriers, and the possible emergence of new airlines from the likes of Turkey, India and China, might dent their chances of filling their seats and ramping up their revenues.

IATA’s Tony Tyler recently stated that the usual state of the airline industry was “crisis” but this has certainly not been the experience of the growing Gulf carriers until now. According to reports, Emirates could be set to order a further 30 A380s, as well as additional Boeing 777s, in a matter of days in order to replace ageing planes with far more cost-effective aircraft and to help its aggressive push into markets such as the US, which it is targeting with its new superjumbos.

John Scholle understands these growth plans. “Emirates’ expansion plans make sense to me. Look at the type of growing market they are serving and geographically the Middle East is a great spot for being a hub as you can fly anywhere.

“The government backing also helps Emirates to plan more longer-term, giving it stability. Even if they have a few extra planes as the economy slows up, they can easily weather the storm.”