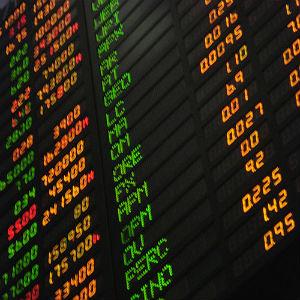 Gulf Arab markets should be more positive on Sunday after Eurozone finance ministers agreed to bail out Spain’s banks, but the low liquidity that has dogged regional markets in recent weeks is unlikely to change.

Spain will be lent up to 100 billion euros ($124.7 billion) to shore up its teetering banks, a move aimed at banishing any doubts over their immediate future.

“We should see some traction today,” said Ibrahim Masood, senior investment officer at Mashreq bank, of the move.

“Qatar has been a regional laggard this year so I’m not sure if there will be much effect there, but the UAE responds quite tightly to global news so it should be a positive start to the week.”

Doha’s index slumped to an eight-month low on Thursday as foreign institutions cut their investments in Qatar stocks due to a lack of short-term catalysts.

However, Masood believes liquidity is unlikely to return to regional markets, with the weak volumes likely to continue.

On Thursday, Dubai’s trading volumes were more than double those of the previous day, but were still less than an eighth of the 2012 peak.

Saudi Arabia shares were little changed on Saturday, with the Kingdom’s index ending 0.03 per cent higher to be within two points of Wednesday’s 18-week low, although the bourse closed before the Spain deal was announced.

Vodafone Qatar will be in focus after reporting a narrowing fourth-quarter net loss as its revenue and subscriber base rose. The stock is up 22.4 per cent year-to-date.