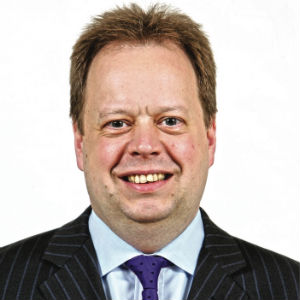 Palmer is one man who was quietly wiping his brow as Bahrain’s F1 race finally went ahead this year. For the last 20 years, the luxury motoring offshoot of Japan’s second largest carmaker has languished on the sidelines of global recognition. But he’s counting on his 2011/12 mega-deal with F1 world champions Red Bull Racing-Renault to change all that.

“We wanted to raise unaided awareness of the brand outside of the US. When people were asked to name five luxury car brands, Infiniti came quite low – with only three per cent recognition in Europe and 13 per cent in China,” says Palmer, who manages the Global Infiniti Business Unit.

For the last 20 years, the Infiniti models – sedans, coupes, SUVs and crossovers – have been sold mainly in the US and sales have trundled along at 120,000 units a year on average, with little traction in wider markets. By his own admission, Palmer decided that it was time for Nissan Infiniti to ‘get out there’ and ‘breathe its own oxygen’.

This year the VP has moved the Infiniti head offices from Japan to Hong Kong, China, for just that reason. “The geographical separation allows us to concentrate on targeting performance companies like Audi and get into a space where no one else is,” says Palmer. “It also allows us to immerse ourselves in the culture of China, our major market.”

The words Audi, BMW and Mercedes frequently pepper his conversation. It’s clear that Palmer is on single- minded mission to dice the marketshare – and mindshare – of the German triumvirate. No one can argue that the luxury trio is not cocooned by decades of tradition and innovation.

“The biggest challenge was to be brave enough to stand out and not copy BMW or Mercedes. The step we took was to make our cars different, sensuous and sexy so that they appeal to customers who are five years younger than the traditional luxury car-buying age. We want our cars to be human, not machines,” says Palmer.

The combination of this renewed focus, new headquarters, and F1 sponsorship is set to drive up Infiniti sales by 25 per cent in 2012, he says.

Currently the US remains Infiniti’s largest market with 100,000 units sold last year, followed by China with 19,000 units. The Infiniti business unit does not sell cars in its home market of Japan, but is instead focusing on the emerging markets, including China and the Middle East, its third largest market. “It does seem that the Middle East is more open to Japanese brands than others,” says Palmer.

The firm’s 2011 and 2012 F1 marketing tie-up is key to fuelling demand in some of the world’s fastest-growing consumer markets. Infiniti now has a high-profile branding presence on the racing cars, drivers clothing and equipment; the firm is also rumoured to be working with the Red Bull Racing team on producing a unique road car, combining the strengths of the two – very different – companies.

“Doing the FX Sebastian Vettel version for Frankfurt was fun, but it’s also a kind of pilot. We wanted to test the organisation and see if it could cope with this type of special version. Sebastian’s FX demonstrates we are able to do low volume specials and the FX Sebastian Vettel version is one of the first that will go to market. It’s about our equivalent of (Mercedes-Benz) AMG or (BMW) M Cars,” Palmer said at the time.

There he goes again.
And again: “We need another axis to differentiate us from BMW and Audi. So, for us, the F1 [deal] is about telling the story of inspired performance. We look at the events that promised the most recognition – the F1, Olympics and World Cup – and the F1 is the only one associated with cars.”

The man directly in charge of Infiniti’s global F1 marketing is Andreas Sigal. Naturally he has a constant eye on the returns for the multi-million dollar racing deal. And he’s satisfied so far.

“Last season we came up number four out of all the sponsors in the F1, and that translates into $251 million media value,” he says. “It’s a moving target but we want to push further, not only in awareness but we also want to change the overall opinion of Infiniti. We want people to understand that we make performance cars.”

To date, Vettel is the joint Championship leader with Fernando Alonso. Will he win a third title? For sake of eyeball time and the power of association, this Infiniti duo certainly hope so.