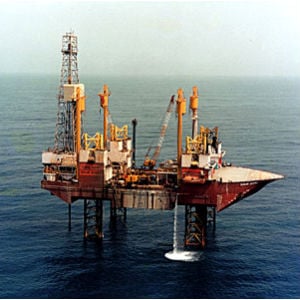 Sovereign wealth funds from the UAE and Kuwait are among foreign investors that have pledged to buy shares in India’s state-run Oil & Natural Gas Corp, the Economic Times reported on Monday.

Other foreign funds are also discussing the possible purchase of shares in ONGC, said the report said, citing three unnamed people familiar with the discussions.

A sale of five per cent of ONGC would raise about Rs120 billion ($2.4 billion) based on the ONGC’s current share price.

A spokesman for the Finance Ministry could not be reached for comment.

A government panel last week approved a plan to sell some of the government’s shareholding in ONGC through a share auction but did not provide a timeframe.

New Delhi is widely expected to miss its deficit target of 4.6 per cent of GDP for the fiscal year ending in March, in part due to its inability to meet the budget goal of raising more than $8.1 billion from the sale of stakes in state-run companies.

Shares in ONGC, which has a market value of $48.8 billion, have risen almost 10 per cent in 2012. The overall market has risen 18 per cent in the same period.