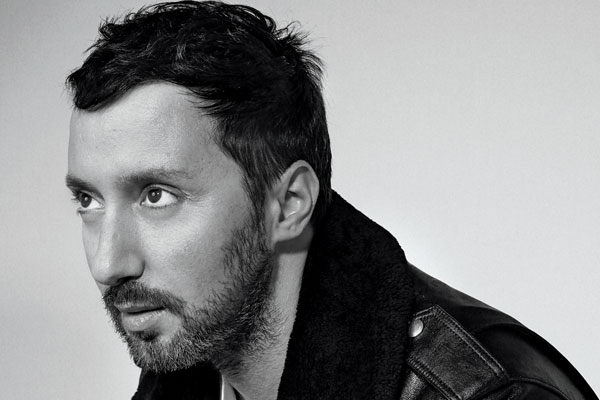 On June 6, Saint Laurent’s Anthony Vaccarello hosted his first full men’s collection at Liberty Island in New York. Deciding to use New York to kick off the men’s spring collection, ahead of the European calendar, was a strategic decision.

Vaccarello used downtown Manhattan as a dramatic backdrop for his highly anticipated runway show. The excitement leading up to the event started from the ferry ride from Brookfield Place near the World Trade Centre. The crowd boarded the Miss New York ferry and drifted away from the city at dusk. As we approached the island, a gentle fog surrounded the stage to set the mood for the show.

Read: The Japanese bespoke shoemaker you should know about

The seating arrangement was down the right side of the runway, leaving lower Manhattan as the background view. The VIPs seated in the front row included Kate Moss, Julianne Moore, Travis Scott, 21 Savage and Casey Affleck, among others.

Kaia Gerber (Cindy Crawford’s daughter) made a surprise walk down the runway. It was the first time she walked a men’s show. There were 10 female models also in the cast. As Yves Saint Laurent would say, “A good model can advance fashion by ten years.”

As the first look came down the runway you immediately felt the theme was inspired by the founder Yves Saint Laurent’s wardrobe and from looks he wore in the 1970s. We saw slim-fit suits, high-waist trousers, flared pants and layered loose-fitting tucked-in shirts. Some western-inspired pieces were replete with embroidery and embellishments too. The clever use of subtle patterns mixed with skinny black jeans emphasised the modern yet nostalgic feel of the collection. It was a nod to the past, whilst looking ahead to the future of the brand. Leather biker jackets, a mix of velvet, satin and sheer shirts finished with lightweight scarves offered a level of chic rock ’n’ roll sophistication. The eclectic footwear ranged from boots to Cuban heels to white sneakers. The looks show you how differently you can wear this collection and how versatile it can be daily.

Although Vaccarello did not make this correlation to icons from the 1970s rock ’n’ roll era, you can’t help but come to that conclusion. One model looked distinctly like Bob Dylan. He also dressed Iggy Pop in SS19 and Keith Richards of The Rolling Stones in SS18. The runway finale was an army of models, painted in silver. All wearing skinny, shiny back pants.

Overall, the collection left an exciting feeling for what lies ahead. Since taking over from Hedi Slimane, the men’s collection at Saint Laurent is definitely evolving with Anthony Vaccarello firmly at the helm.

So what does this landmark show really mean for the future of Anthony Vaccarello and Saint Laurent men’s? Much like the SS19 collection, we must look at the past in order to understand Vaccarello’s vision. There is no question that he has worked his way up through the ranks at other luxury companies to earn his stripes and be counted among haute couture’s elite, earning a celebrity following by dressing the likes of Jennifer Lopez, Miley Cyrus, Gwyneth Paltrow and Alessandra Ambrosio.

From humble beginnings, Vaccarello went on to work under Karl Lagerfeld at Fendi. He gained recognition by creating signature women’s looks with high hemlines and feminine power dresses at the core of his collections, becoming the creative director of Versus Versace in 2014.

When Vaccarello took the reins of Saint Laurent in 2016, sceptics naturally measured him against the outgoing creative director, the supremely talented Hedi Slimane.

But Vaccarello came to Saint Laurent with a proven track record of turning around fashion houses. During his time at Versace from 2014 to 2016, Versace announced a 28.9 per cent increase in retail sales in 2015 to EUR400.7m ($477.5m). E-commerce sales rocketed by 31.2 per cent too. The total revenue climbed 17.5 per cent to EUR645m ($755.3m). Versus Versace (which Vaccarello took over), had increased retail revenue of the diffusion line, which doubled the previous year, and the year before that.

In Vaccarello‘s mind there are no concerns about achieving growth and sustaining the current path at Saint Laurent and he’s got a plan and strategy in place to do that. He started down the path at Saint Laurent perfecting and refining the women’s line, while the SS19 men’s collection is a statement that the male line is now ready to get the full Vaccarello treatment.

With the men’s collection, Vaccarello has truly dived into the DNA and core of the brand’s history. Whilst paying respect and homage to it, he’s also putting his own twist on the legacy of Yves Saint Laurent.