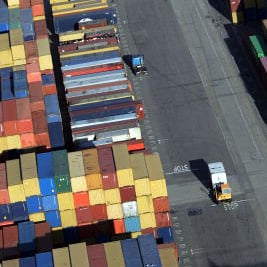 Japan had a tough 2011 as the aftermath of the March earthquake raised fuel import costs, while slowing global growth and the yen’s strength hit exports, swinging the 2011 trade balance into deficit.

Japan logged a trade deficit of 2.49 trillion yen ($32 billion) for 2011, Ministry of Finance data showed, the first annual deficit since 1980, after the economy was hit by the shock of rising oil prices.

But the trade figures also illustrate a broader trend of Japan’s declining competitive edge and its rapidly aging population. Currently only four of the country’s 54 nuclear power reactors are running due to public safety fears following the March disaster, which has led to an increased reliance on fuel imports.

However, most analysts don’t expect Japan to run a deficit in the current account, as the country has a huge portfolio of investments abroad that bring a steady inflow of money that still outweighs the trade deficit. Bank of Japan Governor Masaaki Shirakawa said he did not expect trade deficits to become a pattern, and did not foresee the country’s current account balance tipping into the red in the near future.

If Japan were to run a current account deficit, it would spell trouble because it would mean the country cannot finance its huge public debt – already twice the size of its $5 trillion economy – without overseas funds.

But the days of Japan posting huge trade surpluses may be over as it relies more on imported fuel, manufacturers move production offshore, and a fast-aging population dips into their savings.