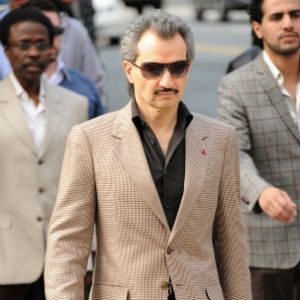 Kingdom Holding Company, the investment vehicle of Saudi billionaire Prince Alwaleed bin Talal, will seek shareholders approval to tap debt markets through sale of either conventional or Islamic bonds, the company said in a statement.

The firm, which is 95-per cent owned by Prince Alwaleed, has never issued public debt before but will seek approval to do so at a meeting on March 27, the statement to the Saudi stock exchange on Wednesday said.

Kingdom has minority stakes in some of the world’s top companies and is one of the largest shareholders in US bank Citigroup.

The fund, which bought a stake in microblogging site Twitter worth $300 million in December, reported a 19.9 per cent drop in fourth-quarter profit on January 21, which was attributed to decreased performance by its associated hotels.