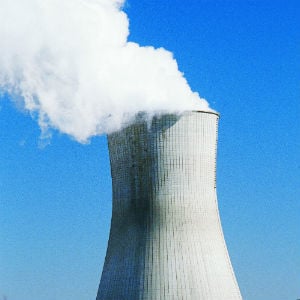 Korea Electric Power Corp (KEPCO) said it will begin talks next year with the UAE on a new deal for four nuclear power plants, and plans to spend 800 billion won ($706.06 million) this year on overseas resources development including acquisitions.

President and CEO Kim Joong-kyum told reporters on Monday that the state-run utility would start construction on four nuclear power plants in the UAE on July 1, advancing the start date by four months, pending regulatory approval by June 30, with completion scheduled for 2017-2020.

KEPCO would also begin exclusive talks with the UAE next year on a deal to build four additional nuclear plants to be completed by 2021, he said, aiming to conclude negotiations by the end of next year.

“As far as I know, the UAE has not held talks with other countries,” Kim said, referring to the potential deal for four additional reactors. “Our efficiency will increase as we build the first four. We will achieve cost competitiveness if the same type of reactor is chosen … we can shorten construction time, meaning earlier returns on investment.”

UAE awarded the contract for the first four to a consortium of Korean companies led by KEPCO in December 2009. At that time, Emirates Nuclear Energy Corp (ENEC) said the KEPCO team would design, build and help operate four 1,400-megawatt nuclear power units, and put the value of the contract for construction, commissioning and fuel loads at about $20 billion.

ENEC said last month that it hoped to start construction on the first plant in the fourth quarter, if regulatory approval was received by the third quarter.