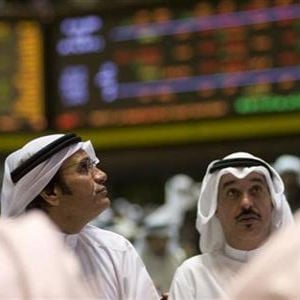 Kuwait’s Capital Markets Authority (CMA) said that it has hired HSBC as an advisor for its plan to privatise Kuwait’s stock exchange. The Kuwait Stock Exchange is the third biggest in the region, and this move will make it the second publicly traded bourse in the region after the Dubai Financial Market.

“This will make Kuwait one of the first countries in the region to privatise its exchange and we are confident that the privatisation will be of great benefit to the Kuwaiti economy, investors and the listed companies,” Kuwait’s state news agency, KUNA, quoted Abdullah Al-Gabandi, head of the exchange privatisation committee at the CMA as saying.

According to Kuwait’s Capital Markets Authority Law, which was introduced in 2010, 50 per cent of the bourse will be floated in an initial public offering (IPO) for Kuwaiti citizens. The CMA plans to auction the remaining 50 per cent to listed companies, each of which will only be allowed to buy a five per cent stake in the market.