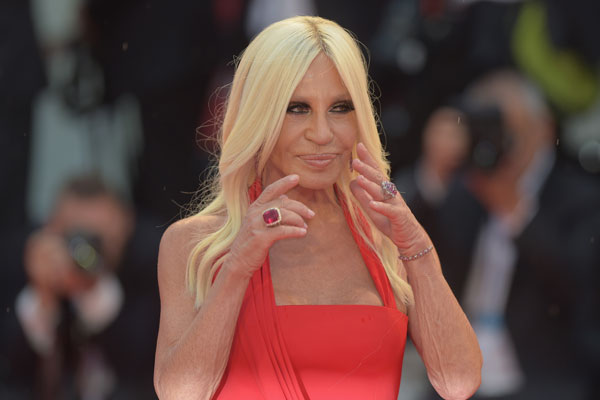 It’s an almost all-cash deal, with only 150 million euros in stock. The Versace family, including Donatella who became its creative director after her brother Gianni’s death in 1997, held an 80 per cent stake while Blackstone held the remaining.

Blackstone picked up the 20 per cent stake in Versace in 2014 in a deal that back then valued Versace at around $1.4bn.

The Michael Kors takeover hasn’t been without its share of controversy. Michael Kors is paying 2.5 times the brand’s current revenue and 22 times its EBITDA. It is believed, according to a report on Reuters, that French luxury conglomerate Kering was also in talks with the Versace family to acquire it, but backed down because they felt the price was too high.

Yesterday, shares in Michael Kors dropped a little over 8 per cent when speculation grew that it was in the final stages of acquiring Versace.

According to a report on the Business of Fashion website, Kors has unveiled its ambitious roadmap for Versace to investors. These plans include increasing the global presence of the Italian company’s retail stores by 50 per cent from the existing 200 stores to 300, pushing a more dedicated e-commerce strategy for Versace and expanding its men’s and women’s accessories and footwear offerings from the current 35 per cent of its overall business to a majority of 60 per cent of its business.

Billion dollar acquisitions aren’t a novelty at Michael Kors. Last year it acquired Jimmy Choo for $1.2bn. That acquisition seems to be doing well for the parent company. Capri reported $4.7bn in revenue for the most recent fiscal year closing, with $222mn of that coming from Jimmy Choo.

Capri which has been trying to position itself as a formidable player in the luxury field through these multi-billion dollar acquisitions still has a way to go before it can be considered as serious competition to European luxury conglomerates who remain dominant in the fashion space. Michael Kors, Versace and Jimmy Choo combined drew less revenue last year than Kering-owned Gucci did single-handedly.

What this acquisition means for the creative direction and pricing structure that the Italian fashion house will employ from here on, as well as any possible management reshuffles, is anyone’s guess at the moment. Stay tuned.