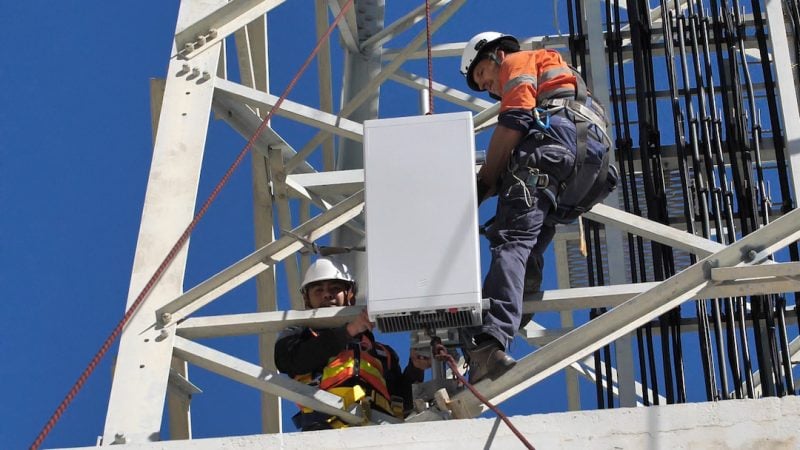 Omantel has selected Ericsson to expand its 5G network, seeking to connect the Salalah, Nizwa and Surto areas to the high-speed network.

The 5G network offers speeds of more than 1Gbps and low latency, crucial to ultra-HD video streaming and gaming. In the enterprise, 5G heralds new business models and use cases, including Internet of Things (IoT) applications.

“The deployment of 5G will enable Oman to be at the forefront of digitalisation, helping us transform both industry and infrastructure and turn the next generation of possibilities into reality,” said Samy Ahmed Al Ghassany, chief operating officer, Omantel.

Omantel announced the launch of commercial 5G in the GCC country in December 2019 with the launch of 5G home services. In February, Omantel revealed plans to set up more than 2,200 5G sites across the country through to 2024. The company pursues a multiple-vendor model and is utilising technology from several providers including Huawei.

“Through this […] technology, many 5G use cases will emerge for people as well as industries with examples such as Fixed Wireless Access (FWA) enabling individuals and enterprises in Oman to enjoy extremely low latency and ultra-high-speed broadband, supporting home and business applications and for industries such as wirelessly operated harbors and mines,” said Fadi Pharaon, president of Ericsson Middle East and Africa.

Omantel joins among others, Zain Bahrain, Etisalat and Batelco as other GCC customers of the Swedish company’s 5G technology.

Omantel is the first telecommunications company in Oman and is the primary provider of internet services in the country. The government of Oman owns a 51 per cent share in the company while the remaining 49 per cent is publicly-owned.

In 2017, Omantel acquired 12.1 per cent of Zain shares worth $2.19bn, becoming the second-largest shareholder in Zain Group after the Kuwait Investment Authority sovereign fund with a 21.9 per cent stake.

What are the three ways fintech is transforming everyday life?