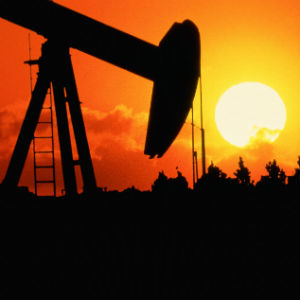 Europe’s debt crisis and an oil price rally are the biggest threats to global oil demand this year, OPEC said on Friday, adding it was still pumping above its target despite a slide in Iranian production.

The Organization of the Petroleum Exporting Countries (OPEC) retained its view that world oil demand will grow by 900,000 barrels per day (bpd) this year, unchanged from last month, but warned the weak pace of growth in developed economies could crimp global appetite for oil.

“The weak pace of growth in the OECD economies is negatively affecting oil demand and imposing a high range of uncertainty on potential consumption growth”, OPEC said in its monthly report.

“Although US economic data points toward a better performance, the situation in Europe along with higher oil prices has resulted in considerable uncertainties on the future oil demand for the remainder of the year.”

OPEC, the source of more than a third of the world’s oil, cut its forecasts for world oil demand growth last month on fears a struggling economic recovery in developed economies could offset strong demand from China and India.

Brent oil prices have risen by more than 16 per cent in the year to date as tensions between Iran and the West over nuclear policy escalate, reaching all time highs in euros of 93 euros per barrel in late February to pose a new headache for cash-strapped consumers in Europe.

In the United States, the Republican party has turned high gasoline prices into a hot debate for incumbent Barack Obama’s presidential race.

The US Energy Information Administration, one of the three most closely watched in the industry, cut its 2012 world oil demand growth forecast by 260,000 bpd to 1.06 million bpd earlier this month.

A report from the International Energy Agency (IEA), which provides energy advice to 28 industrialised countries, will be also closely eyed for signs of potential demand weakness when it is released next week.

In the environment of high oil prices, OPEC production rose by 140,000 bpd in February to 30.97 million bpd, according to secondary sources, and exceeding its own self-imposed target by 970,000 bpd. It was the highest production since November 2008.

Production from non-OPEC countries should increase by 600,000 bpd this year, down 130,000 bpd from the previous month, OPEC said due to revisions in forecasts from Syria, the former Sudan and Yemen.

In addition to these supply disruptions, a coordinated Western embargo that will hit Iranian crude from June has heated up prices, which OPEC says could ultimately boost countries in the Gulf Cooperation Council and even Iran.

“Ironically, these developments might actually be positive for regional growth as they are likely to lead to higher international oil prices, boosting the fortunes of the GCC and even Iran,” it added.

The markets are eagerly watching for any signs of disruptions from the upcoming tougher sanctions to Iranian oil production and exports but the Islamic republic said last month its output was stable at around 3.5 million bpd.