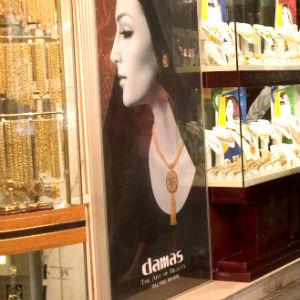 Qatar’s Mannai Corp and Egyptian investment bank EFG Hermes have taken control of Dubai’s Damas after their consortium’s $445 million offer was accepted by more than 75 per cent of the jeweler’s shareholders.

The bidders have received acceptances representing 78.37 per cent of Damas’s share capital for their $0.45 per share offer, according to a statement on the Nasdaq Dubai bourse.

“This effectively means the consortium has now acquired control,” the statement said.

The firm’s shares have nearly doubled in value this year to $0.435, surging after its major shareholders the Abdullah brothers – Tawfique Abdullah, Tawhid Abdullah and Tamjid Abdullah – in early January said they were looking to sell some of their holdings.

Mannai, whose operations span the oil and gas, automotive, travel and logistics sectors, will become the majority owner of Damas, and will delist the jeweler from Nasdaq Dubai.

The bidders earlier stated Mannai would hold a 66-per cent stake in Damas and EFG Hermes 19 per cent, with the remaining 15 per cent retained by the Abdullah brothers.

The brothers have been sidelined from the jeweler they helped found, which has been forced to restructure $872 million in debt.

For Mannai, the deal would be its second buy in the UAE after it snapped up a 35-per cent stake in Axiom Telecom in 2011.