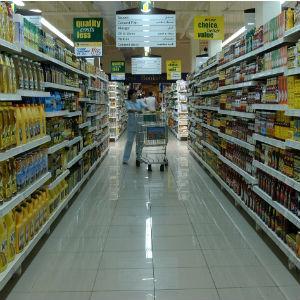 The United Arab Emirates plans to fix prices of some 1,600 food items at 340 outlets across the country until the end of 2012, an economy ministry official was quoted as saying by a daily paper on Wednesday.

Hashim al-Nuaimi, director of the ministry’s consumer protection department, said the authority wanted to ensure that retailers do not overcharge customers, particularly during the forthcoming holy Islamic month of Ramadan, Gulf News reported.

“Any increase in food prices is illegal as it is not approved by the government,” Nuaimi said according to the paper.

Food prices usually rise during Ramadan, which is expected to begin later this week, as families enjoy more elaborate evening meals after the daylight fast.

Annual inflation in the world’s No. 3 oil exporter halved to 0.4 per cent in June, its lowest level this year. Food costs, which account for 14 per cent of UAE consumer expenses, fell 0.3 per cent month-on-month after a 1.4 per cent jump in May.

Last year, the OPEC member launched price controls and subsidies for basic commodities. The desert federation of seven emirates has avoided the social unrest sweeping the Middle East since early 2011 due largely to its cradle-to-grave welfare system.