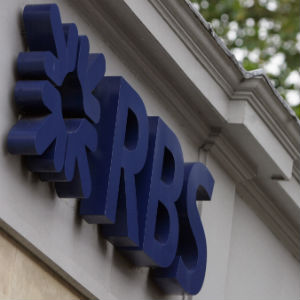 Royal Bank of Scotland shares rose on Tuesday morning after reports claimed that Britain had held talks to sell part of its stake to Abu Dhabi investors.

“Slowly but surely, winding down the government’s stake is a better option than a quick-fire sale which would struggle to attract enough buyers of the stock,” said Simon Denham, chief executive of spreadbetter Capital Spreads.

“The UAE has come to the rescue of our banks before when they bought a huge slug of Barclays just after the banking crisis so that it did not fall into the hands of the government.

“If they can turn their investment in RBS into anything like the returns they had on their Barclays shareholding, they will do very well out of it, which, in turn, should be to the benefit of the wider British economy,” Denham said.

Britain has owned a stake in RBS since bailing it out with GBP45 billion ($72 billion) during the 2008 credit crisis, after RBS was left overstretched by its role in the takeover of Dutch bank ABN AMRO.

UK Financial Investments, which holds the government’s stakes, has held regular talks with investors about their views on the industry and RBS, which has included meetings with sovereign wealth investors, including from Abu Dhabi, sources said.

The takeover discussions, which are taking place at the highest levels, do not yet involve the emirate’s sovereign wealth funds, which include the Abu Dhabi Investment Authority, one of the world’s largest, three sources said.

“Abu Dhabi is always talking to parties to invest including RBS. Whether it will materialise or not is too early to say,” said the source close to the royal family, speaking on condition of anonymity. “We have to wait and see.”

Andrew Tyrie, head of Britain’s Treasury Select Committee, told the BBC on Monday that the committee would look closely at any deal to make sure the taxpayer received value. “It strikes me as sensible to take an opportunity if it is there.”

An Abu Dhabi government official declined to comment on the talks.