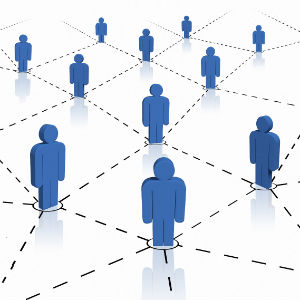 Dubizzle is the incumbent classifieds website in the Middle East. It has grown at a breathless pace since launch in Dubai in 2005 and is now present in 20 MENA cities and available in English, Arabic and French. The site’s Dubai and Abu Dhabi sections alone witness 2.5 million monthly visits.

Dubizzle has been largely immune to the financial crisis and the negative fallout from the Arab Spring.

Started by J.C. Butler and Sim Whatley, the company began as an attempt to provide expats with an easy-to-use classifieds platform. The pair launched the website with just $12,000.

Like a phoenix from the flames, Jabbar Internet Company emerged from Yahoo!’s acquisition of Maktoob in 2009.

Jabbar is currently owned by the same founders of the original Maktoob Group, who after the acquisition, decided to spin-off the brands that were not snapped up by Yahoo!. These include a long list of successful Middle East-based e-commerce businesses like Souq, Cobone, Cashu and Sukar.

It is likely to be a jam-packed 2012 for Jabbar’s portfolio as online shopping soars in the region.

The group is owned by the current investors, including US hedge fund Tiger Capital and the founders.

CEO Saif Al Zarouni, who launched the site in 2010, says: “We alert you to the type of places you’ll dig and save you from the disappointment of the ones you won’t. We bridge the gap between the community and businesses.”
He adds that companies in the region are acting more responsibly and are more sensitive to the needs of consumers.

Misbehaving businesses have nowhere to hide on Yadig.

ArabNet is MENA’s biggest hub for entrepreneurs in the web industry. The firm’s annual summit in Beirut is widely acknowledged as the largest digital gathering in the region.

It has a stellar track record of bringing top global speakers to discuss hot topics in the field, as well as connecting entrepreneurs with funding.

The ArabNet Roadshow also holds free training workshops for over 1,500 entrepreneurs to teach them to successfully develop their business plans.

It recently diversified its offering with the launch of the Developer Program, which connects developers with potential employment at local digital start-ups.

MarkaVIP is one of a growing number of online shopping sites. The business model is proving increasingly popular in the Gulf after conquering Europe, Asia and the US.

It offers its members well-known brands at up to 85 per cent discounts. Crucially, it has more than 330,000 likes on Facebook.

MarkaVIP was founded in 2010 in Jordan by CEO Ahmed Alkhatib and chief technical officer Amer Abulaila. Prior to this venture, Alkhatib helped to develop the technical infrastructure for printed apparel site Zazzle, and worked at Amazon and eBay.

Launched in November 2011, it has reached out to a network of more than 5,000 youths across the region and successfully hired graduates for multinationals and SMEs in the UAE.

The Fruit Bowl, Gradberry’s career blog, does a noble job as a career search resource for students and new grads.

While Gradberry will ultimately compete with Laimoon, as well as giants like Bayt, Dubizzle, and Gulf Talent, it may be of immediate relevance to SMEs with limited budgets for talent acquisition.

If you haven’t used Cinemoz yet, then there’s a good chance you might this year. It is one of the Middle East’s very first on-demand online video providers; some have called Cinemoz the region’s answer to Hulu.

Founded by 27-year-old Lebanese-French Karim Safieddine, the service launched having secured funding with the help of Seeqnce, a Middle Eastern start-up catalyst based in Beirut.

Cinemoz shows Arab films, TV series and documentaries, with a social networking twist, allowing you to share and rate what you’re watching on your social networks.

Each country in MENA is offered a bespoke service around the content they view.

It’s set to be the next big thing in professional web-based Arabic translation. Qordoba features 400 pre-screened translators and editors in 30 countries and 15 time zones.

The UAE-based company has already gained international clients and a foothold in both the government and private sectors.

According to Qordoba, its Arabic translation services undercut traditional agencies by up to 50 per cent, depending on the deadline requirements.

The service accommodates high-volume translation customers, upwards of one million words per month of human-quality translation, as well as customers seeking to translate websites and software applications.

Qordoba is quickly making a name as the fastest, easiest Arabic translation tool on the market.

This site allows you to once and-for-all ditch that old browning cookbook with stains from food you can no longer recognise.

Zaytouneh offers online recipes for Arabic food in neat video format. Users can browse through a collection of videos that are split according to food categories. From basics, to salads, to main courses or deserts, the choices seem ample.

Zaytouneh, which is a transliteration for the English word ‘olive’, was founded by Jordanian female entrepreneur Fida Taher Alawieh.

Got a bright idea for an app? Then there’s a chance Apps Arabia will want to hear it.

The investment business, founded in June 2010 and supported by Abu Dhabi’s twofour54, invests in the best apps from the MENA region.

If your idea is strong enough, the firm will seek and fund a developer to make it a reality. And then, of course, share the profits.

At the moment, it focuses on mobile apps, specifically Apple and Nokia because they are the most commercially attractive.

Android and BlackBerry have yet to launch an official app distribution channel in MENA.