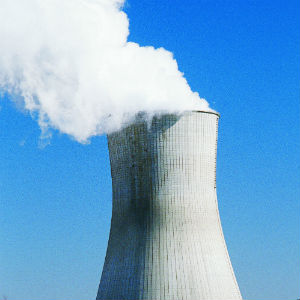 Saudi Arabia is keen to adopt an ambitious programme for the peaceful use of nuclear energy, Hashim Bin Abdullah Yamani, the president of King Abdullah City for Atomic and Renewable Energy said on Tuesday, according to the official Saudi Press News Agency.

Speaking at the Nuclear Energy Summit in Seoul, Yamani said that the Kingdom would also design and establish systems for the physical protection of nuclear facilities and resources in line with standards set by the International Atomic Energy Agency to achieve nuclear security.

Saudi Arabia would exert “all possible efforts” to avoid nuclear risks and accidents, the report said.

In the last few years, the Kingdom has been taking several measures to diversify its energy sources and meet growing demand.

Peak-time power demand in the country is expected to reach over 120,000 megawatts (MW) by 2032 from around 50,000 MW in 2011, according to Abdullah Al-Shehri, governor of Saudi Arabia’s Electricity and Co-Generation Regulatory Authority.

“To reach 120,000 MW, it is going to cost probably in the range of $250 billion,” said Al-Shehri on the sidelines of Nuclear Power World conference last year. “It is likely going to be a mix of gas powered plants, nuclear and renewables and the rest will be covered by crude and heavy fuel.”

The Kingdom currently produces about fifty per cent of its power from burning crude oil and products, with the remainder from gas.

In December last year, Saudi Arabia’s Commerce and Industry Minister Abdullah Zainal Alireza told a Saudi-US business forum that the Kingdom would spend more than $100 billion to establish 16 nuclear energy plants across the country in the next few years.