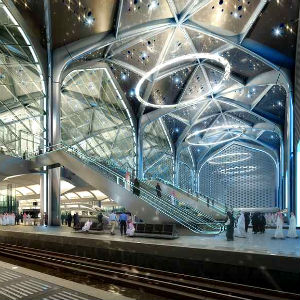 The Spanish companies defeated French rivals in October for the contract to build the second phase of the Haramain High Speed Rail Project.

The agreement involves the purchase of 35 high-speed trains with 13 carriages, traffic signs and railway tracks, which will be installed by the consortium. It also includes a 12-year contract for carrying out operations and maintenance.

The railway line is expected to provide transport for the 2.5 million Muslims who take part in the annual hajj pilgrimage to Mecca. The trains are expected travel at a speed of 320 kilometres per hour and the journey is estimated to take around two and a half hours.