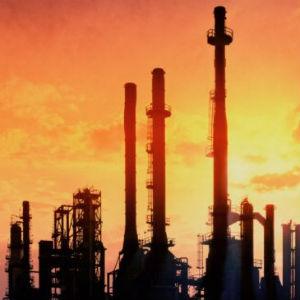 The European recession and China’s lower growth forecast have yet to discourage Gulf states from ramping up petrochemicals output in 2012.

Most recently, the region’s burgeoning downstream sector has been touted as a salve for building a diversified industrial base and tackling rampant unemployment. Gulf countries, which hold over a third of the world’s proven oil reserves and more than a fifth of global gas reserves, are banking on cheap access to crude oil derivatives and gas as feedstock to fuel the industry.

Gulf petrochemicals output is forecast to grow four per cent to 148.5 million tonnes per annum (mtpa) in 2012 from 143 mtpa in 2011, according to estimates from the Dubai-based Gulf Petrochemicals & Chemicals Association (GPCA), a non- profit trade group representing the region’s major industry players.

“In 2012, the first half is not expected to be good, but the second half will be better with the growth in the US economy, the sustainable growth of the BRICS economies and growth in
some of the European economies,” said Abdulwahab Al-Sadoun, GPCA’s secretary general. By 2016, Gulf petrochemicals will account for 20 per cent of the global output or 189 mtpa compared to 16 per cent of global output in 2011, based on GPCA’s estimates.

The Gulf petrochemical industry is also set to take on a new face in the coming years.

With the exception of firms in gas-rich Qatar, regional petrochemicals producers are jostling with national power firms and other industries for squeezed gas allocations. Qatar is the only Gulf state exporting gas, while Kuwait imports liquefied natural gas (LNG) and the UAE pipes gas supply from Qatar.

The UAE may sit on over three per cent of the world’s proven gas reserves, based on BP Statistical review figures, but several gas formations contain a high levels of sulfur, making the gas more costly to process. Meanwhile, Saudi Arabia is planning to drill in shale and tight gas formations to boost output. Future petrochemical projects will rely more heavily on crude oil derivatives as feedstock rather than the ethane component of gas, which has traditionally been used in petrochemicals production.

However, the UAE’s Borouge, a joint venture between state-owned Abu Dhabi National Oil Co (ADNOC) and European plastics-maker Borealis, is not concerned about squeezed supply. “While other gases can be considered, we have a positive long term supply of ethane which is a very efficient feedstock for the manufacture of our polyolefins, providing excellent yield,” the firm’s CEO Abdulaziz Alhajri told Gulf Business. Borouge is currently undertaking an expansion of its ethane-cracker, which will boost capacity to 4.5 mtpa by mid-2014, he added.

Region-wide, several new projects will use naphtha, a refined crude oil product, liquid petroleum gas (LPG) and natural gas liquids (NGLs) as feedstock due to tighter gas resources and a more complex petrochemical mix. State-owned Saudi Aramco, the world’s biggest oil company by output, and US Dow Chemical Co. will use naphtha and other feedstock to power its $20 billion Sadara project in the Kingdom by 2016.

“If you want higher value-added products, you need to use crude derivatives. But since crude is not stranded and has market for export, you don’t have the same cost advantage,” said
Dubai-based Sriharsha Pappu, research analyst at HSBC Bank Middle East. “Sadara will not be as cost-effective as older projects, but will yield more value-added products.”

The era of cheap Gulf gas may not be over yet, but authorities could be pushed to raise gas prices if production costs and tighter resources begin to eat into crude supplies, which they would rather export. In Saudi Arabia, gas is priced at $0.75 per million British thermal units (BTU) compared with a world average price of $4.5 per million BTU, noted Shrikanth S, an industry analyst at research firm Frost & Sullivan.

“It is likely that the Saudi Arabian authorities might increase ethane prices gradually to ensure the competitiveness of its commodity petrochemicals,” said Shrikanth. “Higher gas prices or a switch from gas-based feedstock are likely to impact the margins for all chemical products in the GCC chemical industry.”

Not only is the mix of feedstock changing, but the circle of companies involved in the industry is also evolving.

State-owned oil firms such as Saudi Aramco, which were mainly tasked with pumping oil and gas, are increasingly involved in complex petrochemical and refining projects competing with industry giants such as Saudi Basic Industries Corp. or SABIC, the world’s biggest petrochemical producer by output.

Aramco has already teamed up with international firms in the Kingdom and abroad to build refining and petrochemical projects in a two-pronged approach: constructing plants at home close to the energy resources and abroad in high- consumption nations such as China.

State-owned Kuwait Petroleum Corp. and Qatar Petroleum have joint ventures with international companies at home and are partnering with firms such as Total, Royal Dutch Shell, and China’s top energy firm CNPC to build petrochemical and refinery projects abroad.

Saudi Arabia’s Sadara project also highlights a new angle of government policy: the drive to push multi-billion dollar downstream projects. Sadara will bring petrochemicals to the market that could be used to make auto-parts and other high-value finished products.

Currently more than 80 per cent of all Gulf petrochemical output is export – bound, for use in the auto, electronics and construction sectors.

At a time when Gulf governments are keen to create jobs for a growing young population, the need to develop a more sophisticated industrial base is prompting decision-makers, particularly in Saudi Arabia, to undertake more complex ventures, even if they may not be as cost- effective as past projects.

“The Saudis need the jobs, but it is an exceptional case within the GCC. I don’t see anyone else being tremendously interested in downstream,” said HSBC’s Pappu. “They (Sadara) will create products that will be used by domestic industries. Sadara doesn’t make sense if those industries don’t come up.”

The economics of such ventures may be one reason why the estimated $20 billion petrochemical project by Abu Dhabi National Chemicals, known as ChemaWEyaat, is off to a slow start.

However, construction has yet to start.

The firm is focusing on the infrastructure market sector, and has invested in a compounding manufacturing plant for automotive and appliance industries in China and is planning a second one in the Asian state.

The drive to serve the need of large consumers such as China and secure cheap gas resources is prompting Gulf petrochemical makers to look further afield for new projects. SABIC
and Chinese refiner Sinopec, who are partners in projects in China, are currently negotiating a petrochemical project in Trinidad and Tobago.

Companies are also increasingly on the hunt for assets that will improve their technological know-how and grant them market access, two components that are markedly weaker than their forte as low-cost producers.

Gulf sovereign wealth funds and investment firms such as the IPIC majority-owned Borealis are also on the prowl for bargains to increase their portfolios to boost their domestic energy and industrial agendas.

“In 2012, joint ventures and M&As are likely to be the best options for exploring the downstream strategy for the GCC pro
ducers,” said Frost & Sullivan’s Shrikanth. “Joint ventures are expected to be a very popular route to downstream technologies in the GCC countries. For GCC chemical producers, this may likely involve trading access to feedstock for proprietary technology.”