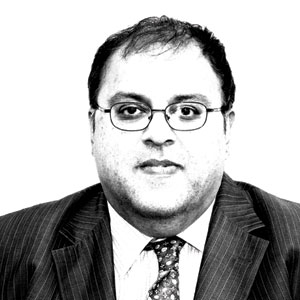 My bearish call on crude oil in successive columns since March has been vindicated by the $30 plunge in Brent crude in the past three months.

Saudi Arabia’s refusal to play its traditional role as the swing producer in OPEC and slash its production below 10 million barrels a day (MDB) means that
an oil glut and a 20 year high in global inventories was inevitable as demand softened in the US, Western Europe, China and the Asian emerging markets.

The plunge in the Euro-dollar rate to 1.22 has also had a negative impact on all commodities, including oil & gas. The Federal Reserve’s failure to expand its balance sheet (QE3) has also reinforced dollar strength.

However, EU sanctions against Iran will begin to have a significant impact on global supply at a time when OPEC spare capacity is a mere 2.5 mbd, mostly in Saudi Arabia. Iran’s net exports could fall by at least 1.3 mbd as its Asian clients cancel contracts and its floating storage capacity on moored NIOC tankers
off Bandar Abbas and Kharg Island is exhausted. US gasoline demand growth has moved higher as the summer driving season began after Memorial Day and diesel demand is also robust.

The $10 spike in Brent after the Norwegian oil worker strike demonstrated that supply shock risk is all too real in the international oil market even as Asian
central bank rate cuts stabilise industrial production and product fuel demand in the Pacific Rim. The death of two Saudi Crown Princes in a single year, unrest in the Eastern Province and the Kingdom’s $138 billion social welfare programmes mean Saudi Arabia will not risk or allow a crash in oil prices, a replay of 1998 or 1986. There is no global collapse in oil and gas demand, as in the post-Lehman recession of 2008, on the horizon. This means that a fall in Brent to $60-70 is improbable unless the global economy plunges into recession. The range on Brent crude could well be $85 to $110 for the rest of 2012.

If geopolitics (the Middle East, Nigeria) or a supply shock lead to higher oil prices, investors would profit by owning the shares of Occidental Petroleum, founded by the legendary wildcatter Dr. Armand Hammer, who did business with every Kremlin leader from Lenin to Gorbachev. Occidental has the most attractive production growth and reserve replacement metrics in Big Oil Halliburton, an oil services firm exposed to Gulf of Mexico drilling, is also undervalued at 26-28. I believe a number of oil & gas exploration/production companies in London and New York are also high probability takeover candidates. Anadarko Petroleum as well as Rockhopper/Bowleven on the London Stock Exchange could well be in play.