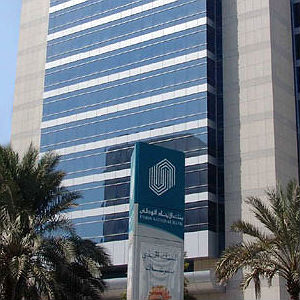 The fifth-largest bank in Abu Dhabi by market capitalisation saw its fourth-quarter net profit drop to Dhs135 million ($36.76 million) from Dhs167 million in the final three months of 2010, according to Reuters calculations.
Reuters calculated the fourth quarter profit from previous financial statements. UNB did not provide quarterly figures.

“The increase in non-performing loans and advances in the fourth quarter of 2011 was due to the classification of the bank’s exposures to some entities that are part of the Dubai Holding Group and certain other credit exposures,” UNB said.

The lender recorded a 2011 net profit of Dhs1.5 billion ($408.4 million), compared with Dhs1.35 billion in the previous year, according to a statement to the Abu Dhabi bourse.

UNB, which is 50-per cent owned by the Abu Dhabi government, said general provisioning for 2011 had risen 65.8 per cent to Dhs783.3 million.

The bank is one of the six institutions on the unsecured creditor committee for the $10 billion restructuring of Dubai Group. Sources told Reuters last week that the Dubai government, acting through the Supreme Fiscal Committee, had walked away from talks to solve the unit’s debt problems.
Bankers had warned in November that a lack of resolution to the restructuring would force banks into significant provisioning at the end of 2011.

The board of UNB has proposed a cash dividend of 15 per cent, the statement added. UNB shares dropped 2.5 per cent in early Abu Dhabi trading.